I'm a 10+ years player, in my early career I've played SNGs win good success. After it, I've switched to cash games, where I started at the very bottom (NL25) planning to climb the stakes quickly. It was 5 years ago and I'm still stuck at that level. 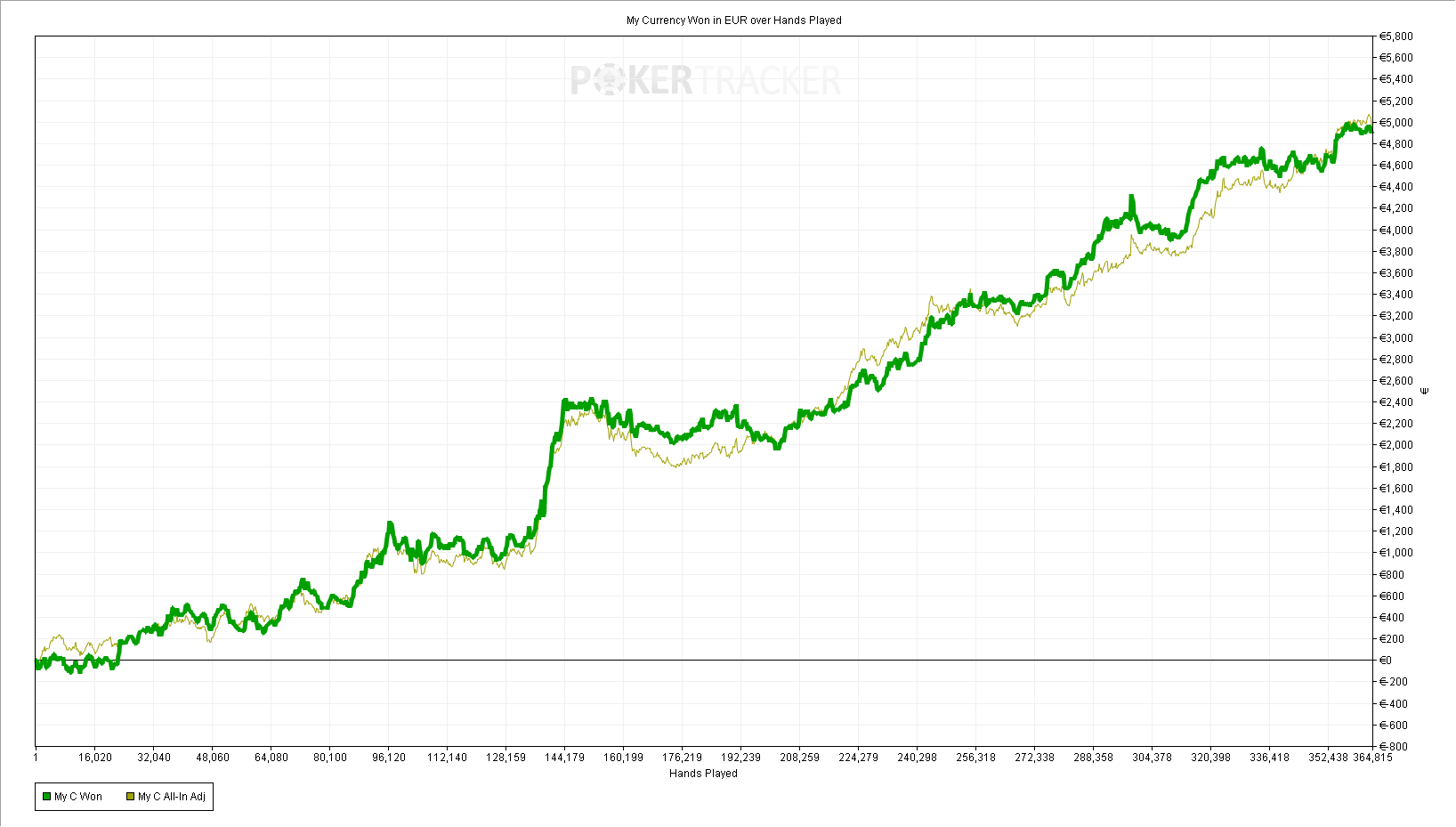 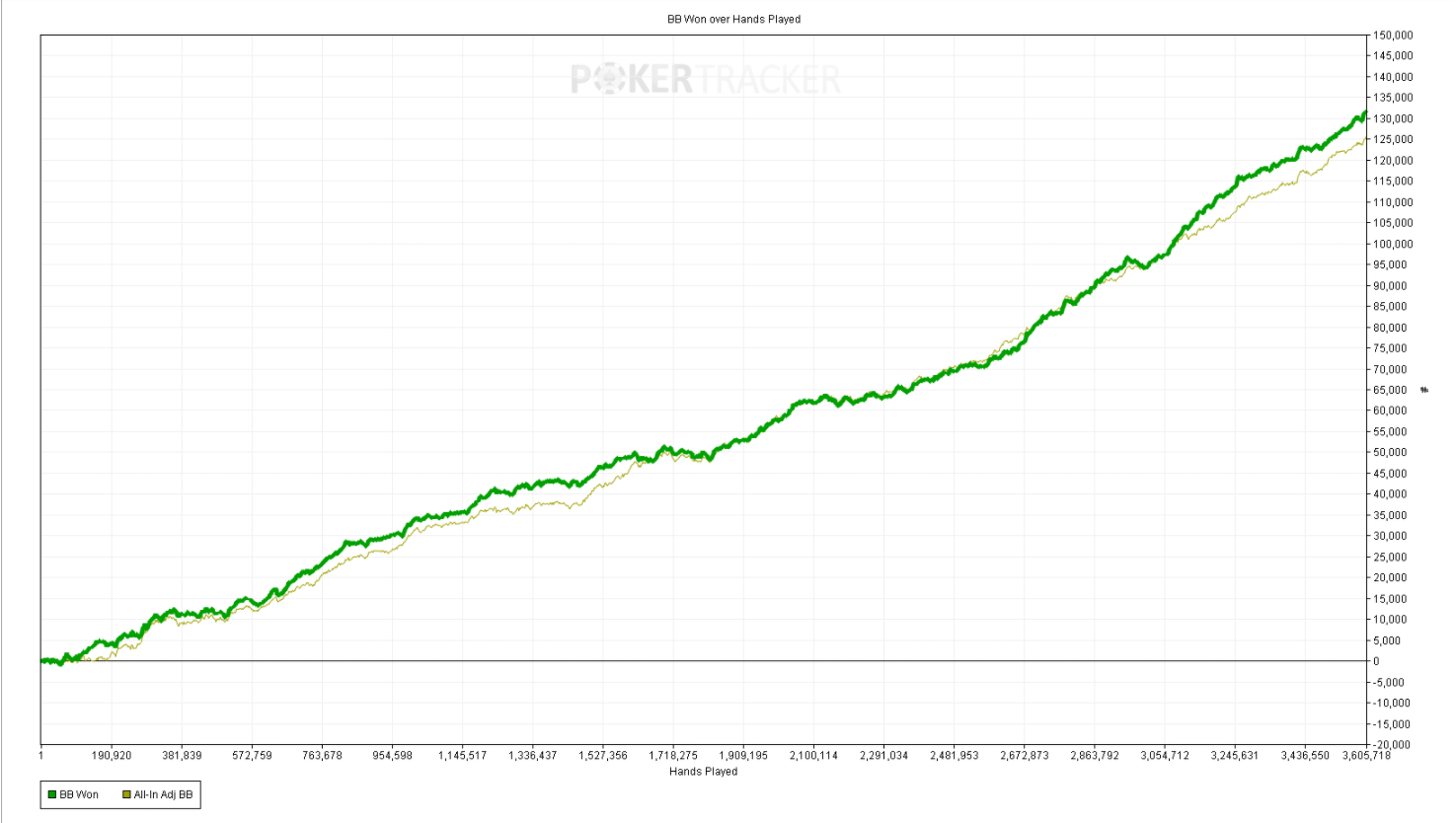 An unknown illness hit me very very hard, I was unable to live an even remotely normal life. The constant sense of drowning was unreal and, sometimes, when the pain was unbearable, some dark thoughts loomed in my mind.
After some months my symptoms evolved and the drowning feeling decreased, but a huge upper back pain conjured along with a reflux alike symptoms. I was unable to sleep and I cannot find any comfort in any position.

My quest to heal began, focusing only on that process while overlooking all the other aspects of my life. I've gone to the best doctors around, but nobody diagnosed what I had. I've tested for any illness, even the rare ones, with no luck. The doctors prescribed me many meds, and as you might imagine, nothing worked.
I even got a stomach surgery, performed by the most specialized and experienced doctor in my country, it helped, but not that much.

One luminary told me that the source of my pain should be lookup in another region of my body, instead of the gastrointestinal tract, and so I did.
I began to address my upper back pain, we found a hernia but nothing that should make me that sick. We tried many things, but nothing worked, so neurosurgery is on the table now, but it is scary as hell because they have to open the chest up, move the heart and other organs in order to reach the spine.
Now, my back pain is the main issue, along with huge belly bloating and some stomach issues. When the pain is that strong, I am more than willing to try the surgery, because at 30ish years old, living this life is terrible.
People dream about having a house, a good job, a good car, I dream to stretch my back to get some relief.

There's a very strong psychological component since when I'm with my friends or in the zone at tables or just distracted, I don't feel the pain.
I think my medic got it right in the end, my disease is a "huge dissatisfaction".
If I recall right, my decline begins when I had many worries about my (now ex) GF, my parents, the poker outlook, the university and so on.

In these years I've focused less and less on poker, I still played, without the drive to get better at it. My main focus was health and the money won, simply vanished both for my living expenses and my medical bills. It was a slow process and I was unable to recognize it. Well, to be honest, I was aware that I was spending the money without replenishing it through hours at the tables, but I was too concerned about my health and I didn't care.
When you are sick you just want to get better, that's nothing more important than that.

Money finished, so my only option was to return to my parents', which was a defeat. They haven't helped me once in my life, instead, they tried to make it more difficult, and they succeeded. They accepted me again not because they love me, but because they couldn't say no to my request.
They made a huge mess with their money and managed to spend 400k on nothing, basically, they got scammed here and there, also, they purchased things that they cannot afford and so on. The bottom line is they are unable to sustain themselves and neither help me, nor financially, nor emotionally.

So, I had no money, but my constant success throughout the years helped me to get a stake. I finished a lot of contracts with my backer without having an issue once. But even if I got staked I failed to level up because I have to withdraw the money to pay my expenses and to help my parents.
So I was stuck and an insane loop... and I'm still now.
Same spot, like some years ago, but with my pain improved. It still a long way to go for a normal life, but I think I will make it in the end.

Some days ago, a close friend of mine, told me that I don't open up myself to others as I should. He is right, I don't, because I feel ashamed. First of all, I'm ashamed of myself, because I had high aspirations and I failed miserably. The illness was the main culprit but there's no excuse for errors. And I've also feared to drop my mask to others. I didn't talk about poker, nor my income to them, but they think I now have a ton of money and I'm very good at poker. I haven't told them any lie, but when they asked me about my income, I was elusive, so they build up a legend around my character, a story that I didn't dispel because I didn't care what other people thought, I was too focused on my illness. Even if I didn't lie, I think avoiding the spotlight was something not correct either.
Also, to others, I've got no disease at all since they tell me that I'm looking good. They don't know that I suffer every day, I don't tell them because I want to be an enjoyable guy to be around. I don't want to depress them so I fight my own battle, completely alone.

In this blog, I will open myself up, or at least I try, since it is very difficult for me. I will highlight my mistakes, my thoughts, and obv about poker. I play in a very very soft pool, so even if I am no magician, I still able to win consistently
This thread will be my personal diary, open to anyone who cares to read real life struggles instead of poker only posts. My life seems like a videogame where I play at the highest difficulty with a single life.
Even if I still in pain, I wake up every day with a knife between my teeth with the willingness to get healthy and to crush again at the tables.

Thanks for your time and interest, I hope you the best